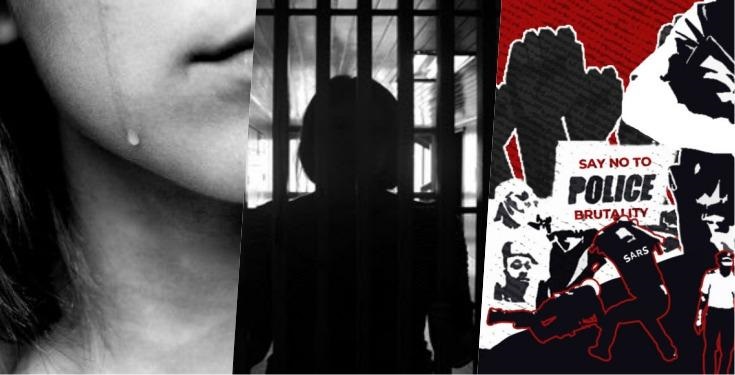 Overview Of: Lady Recounts Spending Three Years In Prison After Being Framed For Robbery By Police At 17

Read!: Lady Recounts Spending Three Years In Prison After Being Framed For Robbery By Police At 17

A victim of Nigeria Police brutality has recounted her experience from running errands to spending three youthful age of her life behind bars at the age of 17.

The lady identified simply as Esther, who was kidnapped by officers of the Surulere Police Division and Panti Police Station for an offense she knew nothing about while going about her daily life routine, The Punch reports. She narrated, “My mother sent me an errand. She has a provision shop. So, she sent me on an errand to help her get things she sells in the shop. Outside the compound (where I went to get the items), there was a van there. there were other people in the van. They just pushed us inside, without answering our question on what happened.

“Then, my parents were looking for me. They went to where I went to get dye, and they told them what happened. Then, they came to Surulere police station. As time went by, they were asking for some amount of money from my parents.

“My parents being the church-type didn’t want to pay. They said they were very sure that I did not know anything about it. So, they insisted that they won’t pay any money.”

The now 26-year-old victim added, “From Surulere police station, they took us to Panti State CID. Immediately we got there, they took us to a staff room. They told my parents to wait outside that they just wanted to ask me some questions.

“They took me to another room inside that staff room – an open floor – and they asked me to undress. I refused because I don’t know why. I was tortured with an electric shock. When I woke up, I found myself naked in front of policemen; and they started torturing me again.

“I was tied with my hands and leg at the back together. They just wanted me to say that yes I did it. But of course, I didn’t do anything. I was just 17-year-old and I was not ready to say I did it.

“The torture was too much that I couldn’t stand anymore and I had to agree that yes I did it because that was the only way that they said they would stop torturing me.”

Esther finally saw light at the end of the tunnel when her case was taken to a high court in 2013 when a Social Action team intervened.

“The Social Action team came in because I have been in prison for three years and my file was dumped in court that was not sitting; so they helped to transfer it to a sitting court.

“They were actually paying my lawyer to hasten up the case. Because it was hastened, it led to me being discharged and acquitted,” she added.