Read!: Khafi’s Note to Gedoni following her Pregnancy Reveal - “I Won’t Let You Down… You Better Not Let Me Down Either”

As we already know, Big Brother Naija season 4 reality stars Khafi Kareem and Gedoni Ekpata are expecting their first child together and as a first-time mom, Khafi is opening up about all the mixed feelings she’s been having.

The actress and presenter took to Instagram to share a video of herself singing a song by Simi and in the caption, she expressed her gratitude for all the love they’ve gotten since she announced her pregnancy.

Khafi also let us in on how she was initially scared to share the news online because she didn’t know what the response would be and her first instinct was to” protect the life growing inside me”. But after much convincing from her husband, “I felt the fear and did it anyway.”

Read the note below:-

I just wanted to take another moment to thank you all so much for all of the love on our news! IG wouldn’t even let me repost mentions to my story as there were that many tags!! But I saw them and honestly, thank you for celebrating with us in our joy❤️

If I’m allowed a moment of raw honesty, I must say I was really scared to share online and put it off for a while. I didn’t know what the response would be and my first instinct was to protect the life growing inside me. I felt the best way to do that was to hide it. But after much convincing from my husband and others (shout out to Bukky!), I felt the fear and did it anyway.

I guess many women feel something similar, some become absolutely fearless at the prospect of bringing a new life into the world whilst others become more fearful than they’ve ever been. The latter being me, seeing as there are so many variables you simply can’t control and even now that still freaks me out. 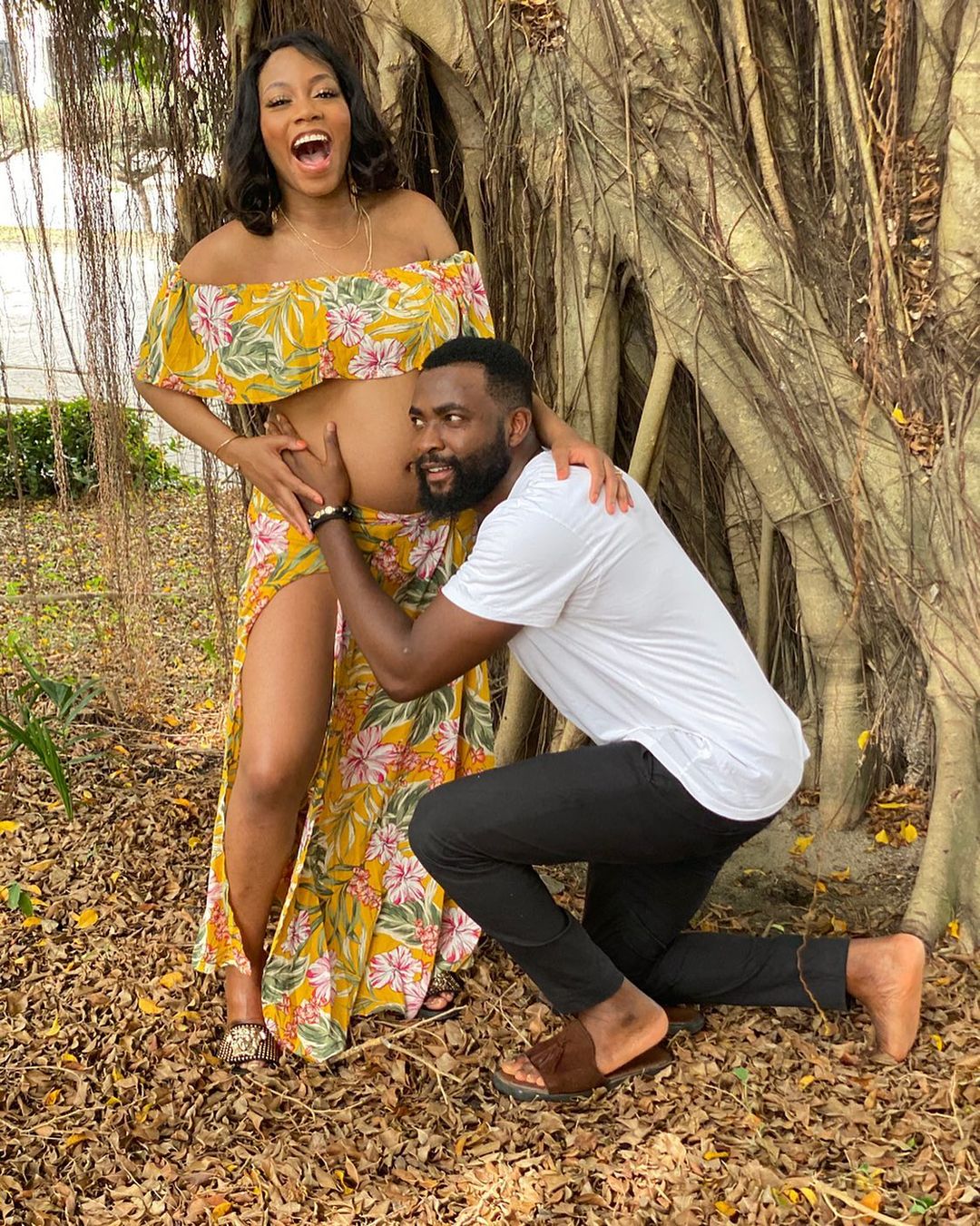 And as the woman, you feel so vulnerable as your body goes through crazy changes and you know your life will never be the same again. As invested as the man may be, the woman undoubtedly carries more of the weight during pregnancy (pun intended), and you wonder will the person I have chosen to father my child/ren be there for me in the most vulnerable time of my life? Will he protect me as I protect our unborn? You don’t have any answers but you trust God and go headfirst into the abyss, simply hoping they won’t let you down.

I’m not the first and I won’t be the last mother to be born but I’m grateful for the fact I get to go on this journey of parenthood with my best friend and the best husband, @Gedoni. My love, I’m hoping I won’t let you down, and as this beautiful mini song by @symplysimi says, you better not let me down either. 😉 I truly am standing on the promises you’ve made to me and I trust God to enable you to fulfil them. Here we go🥰

Watch the video below:

Upload — Music, DJ Mix and Album
Posted by DeeClef – Filed under Gist
Be the Judge! 💭 Do you 🤔 love this Gist Post?
😎 tap👇 a Reaction now
Share it!
Click 👇 to see more posts about khafi gedoni pregnancy reveal
Overview and Review of Khafi’s Note to Gedoni following her Pregnancy Reveal - “I Won’t Let You Down… You Better Not Let Me Down Either”.
Kindly, share this post on

Are you looking for something? 🛰️ find what you need on our website
Put your Brand HERE 🌍 FEATURED POST ADs!

Get all the latest Gist updates!

Your information is being handled in accordance with our Privacy Collection Statement. Read Our Conditions and Terms.
Are you looking for something? 🛰️ find what you need on our website
Put your Brand HERE 🌍 FEATURED POST ADs!

Are you looking for something? Search Site
© 2014 - 2022 DJ MoreMusic Digital Media, LLC
All Rights Reserved.