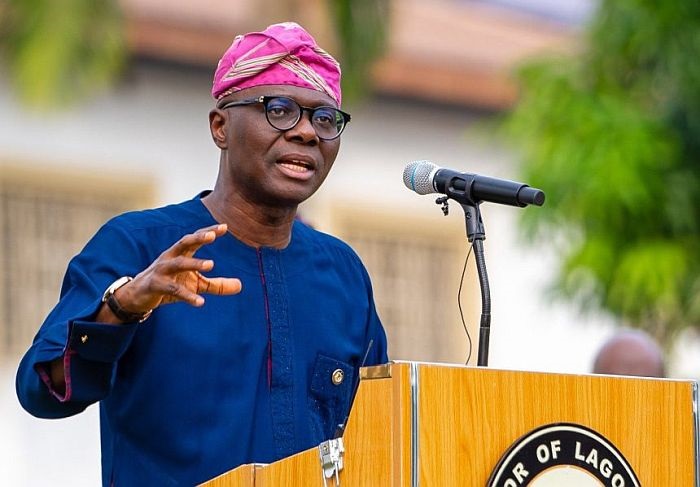 Lagos State Governor, Babajide Sanwo-Olu on Thursday, revealed the identities of suspected police officers involved in the death of one Ikechukwu Iloamauzor, 55 during

#EndSARS protest in Area C, Surulere area of the state.

Iloamauzor was allegedly killed by a stray bullet during Monday’s #EndSARS protest in the area.

The governor stated this on Thursday, while briefing state House Correspondents at Lagos House Marina.

“Also, to mention that Lagos state is taking the issue of police misconduct very seriously, earlier this week, we all recall the incident that happened at the Area C command in Surulere.

“All the four officers have been identified and are going through an orderly trial.

“All the four erring officers whose name I will also mention have also been apprehended and are going through an orderly triaThey are Inspector Bagou Michael, Inspector Ekpoudom Etop, Sergent Nnamdi Madura, and Sergent Akinyemi Benson.

“We have also set up a panel to look into all cases of police brutality and fatality and have set up a N200millio compensation fund.

I will make all announcements shortly. Once again, I apologise to any protester that has faced brutality during any of the protests days.”